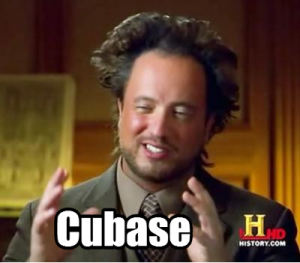 phonoLapse is a free desktop app for Mac and Windows that lets you create audio time-lapses. For the 2010Enterferenze New Art Festival I put together a little Time Lapse Phonography piece that followed me over the course of 24 hours (check the video below). I have been receiving emails from people wanting to create their own, and decided to work on a standalone version so you too can create some time-lapse phonography. – { sound + design }

END_OF_DOCUMENT_TOKEN_TO_BE_REPLACED

Perhaps all of this can be summed up in one word: energy. Their studio and its arrangements of objects has an energy, an energy that’s present in the craft in the record. And talking to the artists, you get a sense of energy, of enthusiasm, crackling away like an amped-up oscillator. – Peter Kirn

Mouse on Mars: In the Studio, and Reflecting on Performance, Listening, and Melody | Create Digital Music.

Well thats why i use a mpc sampler.

But until samples are put on my mpc to trigger it (and yes many – mostly my new songs – are based on 1 bar) there is a long process of finding samples, recording them etc.

1) record (noisy) sounds (from records, circuit-bending, fx-feedbacks, fieldrecording etc.) and cut it into short one-shot samples (only the best! – in long record sessions you’ll find a lot of crappy shit you won’t use anymore) and tweak them (with compresssor, eq, pitch, rev – all you can get – and what makes SENSE

2) Now the funny part: I Put these samples on my mpc sampler and trigger them. I will have some different sequences but there will be no arrangement, yet.

3) Drums: Often I use the short samples also as drums but in most cases i fatten them up by bd snr and hh samples (this is the only part where I sometimes use Library samples – apologizing!)

4) Time for bass! also sometimes made by my own recordings but also synthezised sub-basses mostly from abletons operator. Then I play 2-3 versions to see which fits best in the end.

5) Longer (ambient) samples: they don’t come from my mpc (because of few memory) but will be lopped in ableton. (most of them tweaked)

6) Appregios with longer samples. I’m lovin it to trigger longer samples while changing start/end/loop time with midi controllers. sounds real nice! This is onlyn a ‘side-effect’ but no elemantary part of the song – most of the time!

7) Sequencing: If I get a idea of the song (sometimes I have it already when recording things in 1) but most of the cases after triggering the samples on my mpc) and have the other main elements recorded, I will make a seguence out of it in my daw.

the rest is enveloping, mixing and all this stuff which I whould see as a second part in the process of the art making music.

I think the mpc gives me the possibility to play with my sounds much more intuitive as i could do it with any software-sampler! It’s just so easy! Once i finished the sequences on the mpc, the song is almost done – at least the idea. the other points are neccesarry, as well – no doubt! But i found it to be the most important to get this workflow you DON’T have in a DAW where you have to hook up every sound you want to use and to route your midi and to klick and klack! i want to play electronic music with an instrument – not as a ‘constructor’.

This means not that I don’t spend a lot of time in front of my computer to let the music sounds like I want. It only means that I found a device to build up songs in a very fast way, so I have more time to spend on letting it sound right. But this is another question….

Ok, that’s all. I hope you could understand my bad english and the way I’m working on my flow